← back to
Night Time Stories
Get fresh music recommendations delivered to your inbox every Friday.

This Ascension Is Ours 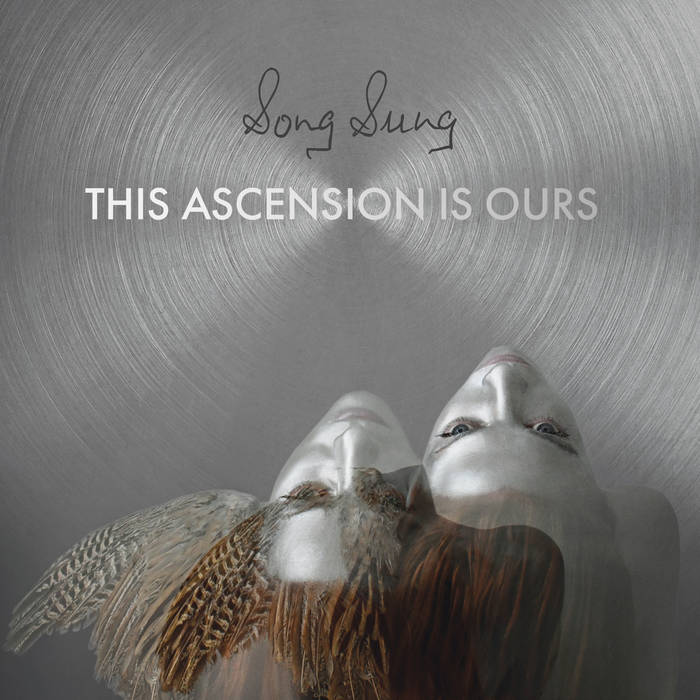 Georgina and Una McGeough who comprise Song Sung, grew up in Monaghan, a gnat’s width away from the border with Northern Ireland. Despite their relative geographic isolation, theirs was a stimulating childhood. “We had a very normal upbringing, but we were music-obsessed children” says Una. “Our father played in showbands in the ’70s and ’80s, so music was very prevalent at home. Our mother applied a creative twist to everything she touched, so we inherited that mindset.”

The pair admit that they first went to Belfast School of Art to get closer to music: “in retrospect, I think we used art school as a way to develop and incorporate sound / musical ideas into our practice, because it's always been about the music. We definitely had a strong interest in visual art, but music interested us the most."

Over a decade ago, they moved to New York, where they’ve been resident ever since, somehow forging careers in the art world, while simultaneously managing to amass this vast catalogue of material in, quite frankly, the most unorthodox way imaginable (possibly contributing to the idiosyncrasies of their songwriting). “We make melodies using alternative ways, but we also dabble in software” explains Georgina, “in the beginning, we created melodies by using our own vocals over some of our favourite music. Our first apartment in the East Village, was located above a bar and our back room was situated directly above the DJ booth. This is going to sound ridiculous, but it’s true, we started making melodies over the bass of the tracks coming through the floor from the bar below.” From that, a process of layering vocals, however obscure, was how the band started to formulate songs.

Via a mutual friend, the filmmaker Seamus Harahan, Song Sung got a connection to David Holmes. “At the time, Seamus was working with David on a collaborative project – in an effort to exchange work, he sent us a track to work on, so we pulled something together fairly quickly and sent it back,” says Una. 'David loved it', so Georgina got his contact details from a mutual friend in New York. "I sent David an email,” continues Georgina, "and suggested meeting to talk about music, even though an album wasn’t even really on our agenda. David got in touch and we arranged to meet later in the year.”

That meeting was in December 2015 and by early 2016, they spent three days holed up in Holmes’ studio laying down the tracks for an album. They had been collaboratively bouncing tracks back and forth between New York and Belfast for a short period, with Holmes sending the arrangements and Song Sung writing the lyrics and vocal melodies.

Fast forward four years and the result is a hypnotically unique sound that is strangely anthemic, coming on like a space-age girl-group transmitting directly from Jupiter. Holmes, known for his many film scores co-wrote and produced the album with fellow composer and Unloved band-mate Keefus Ciancia (True Detective / The Ladykillers). The pair have a long standing working relationship and have worked on numerous scores including The Fall and Killing Eve (for which they won a BAFTA) as well as both Unloved albums.

“We were very excited to work with David and the process worked amazingly well. He got us immediately", claims Una. Georgina nods her approval. “Working on this album was an absolute dream. We only hope that the songs resonate, as they make their journey out into the world."

Their EP 'I Surrender', which released digitally March 27th
on Night Time Stories has already received strong support with the Laurene Lavern playing on her BBC Radio 6 show and Clash Magazine.

01 Come to the Water
02 Telling Tales
03 Somewhere
04 Orbiting Slow (Here it Comes)
05 Take Some Time
06 Testimony of Tears
07 The Mind’s Eye
08 Come Whispering, Come Half Awake
09 Nothing Ever Dies

Twin sisters, Georgina and Una McGeough who comprise Song Sung, grew up in Monaghan, a gnat’s width away from the border with Northern Ireland. The first inkling of an interesting new talent came with the release of David Holmes’ acclaimed Late Night Tales release in 2016, which included the duo’s mesmeric reading of 10CC’s ‘I’m Not In Love’. ... more

Bandcamp Daily  your guide to the world of Bandcamp